Engine swap remains a very technical topic and the only easy part (for Ford engines) is that you can easily find a replacement. All you need to know is the family your existing engine belongs to and replace it with an engine within that family.

The technical aspect begins after deciding on the best replacement. Unless you own a Mustang (which can accept different types of engines), you must be prepared to make adjustments to the suspension system, oil pain, braking system, and steering system. 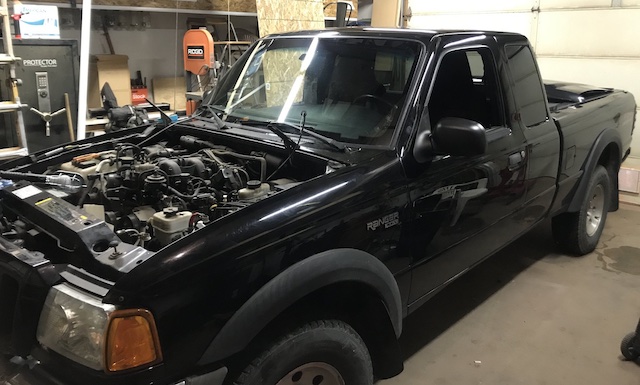 This guide is a compilation of everything you need to know about the Ford engine swap. A unique part to look forward to is the compatibility chart on all traditional and modular engines.

For more information about Ford engine swap compatibility, study the chart below:

The 1600 Crossflow was launched in 1967 alongside the Series 2 Mk2 Cortina. In 1970, the engine was modified and introduced to the popular 711M. The engine features a flat-face head, and a thicker block and can be found in most 60s to late 70s European Fords.

In terms of tuning potential, the 1600 crossflow is massive. It boasts about 130 bhp thanks to a driveable 234-cam with plenty of midway torque. The 244-cam version yields about 140 bhp with twin 40s and it is the highest for this engine.

To swap this engine is very easy but you have to be smart with the opposite-side carb location, master cylinder, and battery clearance.

This is one of the smallest block engines out there. Although very heavy (in standard form), it is smaller than a Rover engine and just a bit longer than a V6.

To reduce the weight of a Small-block Ford V8, replace most of its components with aftermarket alloy. The engine blends and offers great power in Mustangs, Le Mans, and Cobra if the mods and torque are rightly configured.

It was launched and introduced to the Fairlane in 1962 before being attributed to the Windsor engine plant – Windsor V8. Popular versions of the V8 engine are the 289 and 302.

To install any of these options in a British Ford, your fabrication skill must be top-notch. Aside from that, you can easily find them in US Fords from the ’60s onward. A major downside to watch out for is fuel consumption.

This is most likely Ford’s first-world engine. The engine was named alongside the small Pinto vehicle which housed it during its launch in 1970. It was later introduced to the Mk3 Cortina and was eventually identified to find love with only the Sierra injection 205 blocks.

2-liter Pinto features unleaded heads and great tuning potential. 130 and 180 bhp are achievable with a cam and induction modification. The valve (especially the head) also sits pretty but must be properly checked before a swap is endorsed.

Swapping this engine within the Mk3-Mk5 Cortina, Capri, Transit, and Sierra is very easy. This is because they come with a rear-bowl sump and give room for RS2000 bolt-in components. The sad thing about the 2-liter Pinto is that they are becoming extinct.

Note: The carbon and exhaust occupy opposite spaces, unlike Crossflow-engined cars.

Choosing an engine with more potential or possibly, more power is the ideal thing to do here as long as it fits. You can do this yourself by measuring the engine’s dimensions and that of the transmission.

Other factors to consider when choosing a replacement for your Ford’s engine are hood clearance and the condition of both the oil pan and subframe. Rotation prowess is also crucial unless you are ready to settle for 5 or 6 kinds of reverse. Radiators and batteries are easily adjustable.

Buying a replacement from the same manufacturer will also save you the stress of sorting out wiring and electronics but is not a must. Whichever engine you go for must include manifolds, harness, ECU, and ancillaries (if it is the complete package)

All engines have designated housings. These housings are made of brackets and mounts which have to be modified during an engine swap. If you are lucky, aftermarket components can save you.

Otherwise, you might have to choose some sort of OEM (a mixture of factory pieces) combination. Worst case scenario usually involves cutting off the existing mount to install a custom engine.

One way or another, torque must be sent to the wheels. This is where the axles (FWD) or a driveshaft (RWD) come in. Unless what you are getting from the aftermarket is purely custom or a unique piece of OEM combination, this component has to be made.

To do this, measure between the front wheel hubs and the transaxle. You need axles that match the length and joints of the hub on one side and that of the intermediate shaft on the other.

For RWDs, a custom length can be designed by extending or cutting from the car’s existing shaft. Follow this up with joints that are suited to the new transmission’s yoke and the U-joint at the rear end of the Ford.

Ensuring the gas and clutch pedals communicate with the replacement engine and gearbox is an essential topic. For older engines, especially those with cable-driven throttle configurations, a simple cable swap should do the trick.

Cable-to-cable swaps are direct, you can even use the car’s original cable. However, for hydraulic-to-cable swaps, a high-pressure adapter line must be formed to connect the new transmission’s clutch slave cylinder to Ford’s clutch master cylinder.

Modifying the fuel system for a new engine is a simple process. This is because most fuel systems come with an in-tank fuel pump, a filter, and lines one or more fuel rails alongside injectors. Most times, all you need to do is recycle the pump and filter with their lines attached to the replacement’s fuel rail(s).

Make sure the injector hose is capable of withstanding intense pressure. This same feature should also be considered when choosing the injection hose clamps. If you do not want a quick transition of your hatchback into ashes, don’t set up the fuel system hurriedly.

Intake and exhaust systems 98 times out of 100 have to be built. This is because you have a slim chance of getting a perfect swap due to intake piping. The best process is to start with one compatible with your engine and make changes until it properly fits.

Exhaust manifolds usually require an adapter pipe to be created to complement the manifold on one end and the catalytic converter on the other.

A swap is useless when the electrical system fails to function or is wired wrongly. The process usually starts with selecting the suitable ECU for the engine or via an independent engine control panel.

Whichever system you adopt, the wiring of an engine can be in different sections: one for the engine, one for the chassis, and one under the dash. Engineers require guides and an in-depth understanding of electrical schematics.

They should also look forward to minor complications like wire splicing or connector misalignments.

It is very likely the springs, rotors, shocks, pads, and calipers your car came with are lighter or worn out by now. During an engine swap, they are replaced with better-performing ones.

From measuring the engine and its accessories to selecting a mounting method, replacing an engine will always be a procedure meant for professional and serious-minded engineers. Aside from deliberately wishing to upgrade your Ford’s engine, this procedure often serves as a last resort. 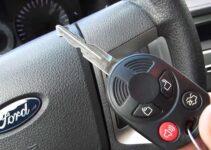 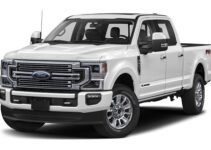 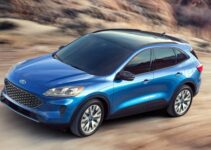 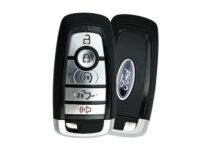 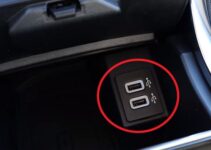 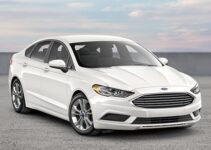