The cruise control system is a big plus in any vehicle and if it fails, you’d have to put in some extra work to keep your vehicle moving at a constant speed. However, a Toyota Highlander cruise control failure goes beyond a driving problem and could signify something even more serious.

There are a few reasons why your cruise control system would stop working and there are a handful of fixes that can fix the problem. This article covers some of the common possible causes and the right fixes that should be applied.

But before we dive right into the causes and fixes, we’d take a look at how the cruise control system works.

How the Cruise Control System Works

The cruise control system setup would depend on the vehicle’s make. In modern vehicles, it makes use of a fully electronic setup which is controlled by the vehicle’s ECU (electronic control unit).

In older vehicles, it could be controlled by a vacuum actuator that is physically connected to a chain or cable. The adjustment of the cable will increase or decrease the throttle position based on the actions of the actuator. This system is called electromechanical cruise control.

Your mechanic will tell you which kind of system your cruise control is based on.

Toyota Highlander Cruise Control Not Working: How to Fix

This fix would require you to replace the brake pedal switch, however, it could require more than that. You may also have to check the wiring connected to the switch for signs of damage.

Your mechanic would have to examine the speed sensor and its surrounding wires for any signs of damage. If so, the mechanic will have to replace the sensor. If there are any problems with the wires connected to the sensor to the speedometer and the cruise control switches, they would have to be replaced too. This should fix the problem and get the cruise control system working as normal.

Check for a Blown Fuse

This fix wouldn’t require a mechanic but if you’re not used to car repairs, then you should leave it to the professionals. All that would be required is to check for the corresponding fuse for the cruise control to see if it has blown. It should be easy to tell if the fuse has blown or failed. If it has, then it should be replaced. When replacing a blown fuse with a new one, only go for those rated for the correct amperage.

If this fix proves too hard for you to perform, then you should drive your car to your mechanic and explain this. Your mechanic should be able to get things done quickly and you won’t have to spend too much on it.

Replace or Fix the Vacuum Actuator

If you’re driving an older model, then your cruise control system probably makes use of a vacuum actuator. This system features a vacuum actuator and a cable connected to the vehicle’s throttle. Together they work to maintain the speed of the vehicle and keep you at a certain distance behind the vehicle in front of you.

If the vacuum actuator fails or there is damage to the hoses, then the cruise control system would stop working. Also, there may be problems with the cable connecting the actuator to the throttle. The cable could be broken.

The vacuum actuator, the hoses, and the cable would have to be checked to ensure they’re in perfect working condition if they’re okay, then the actuator may have to be replaced.

While you could perform some of these fixes on your own, it is best to get a mechanic on the job. A cruise control failure could be a signal that your car is about to develop a fault in its other components. Your mechanic may also inspect other systems like the brake lights and speedometer to check for faults and make the necessary repairs. 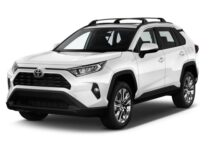 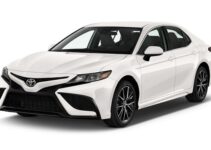 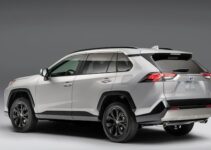 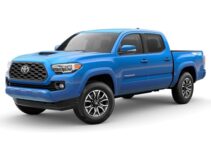 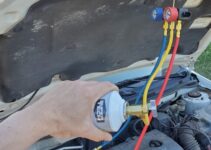