Is your Jeep Wrangler backup camera causing you problems? If you notice that your camera shows no picture or the backup camera flickers, you would be experiencing something as simple as an electrical problem or something as costly as a faulty camera.

It is important to check and make corrections immediately your Jeep Wrangler backup camera stops working. Getting it fixed as soon as possible would not only make things like parallel parking more convenient, but it could also save a lot of money and time on serious repairs.

The good news is that troubleshooting your backup camera won’t take much time or effort as most backup camera problems only require simple fixes. In this guide, you will find some simple tips and tricks that will help solve your Jeep backup camera problems.

There are just a few causes to Jeep Wrangler backup camera not working but for you to narrow it down, you would have to troubleshoot the system.

Simply turn on the car, reverse and observe the camera screen.

If you notice that the screen is showing no signal, you should try and reset your camera before concluding that there is a problem.

If you’re using a Wi-Fi camera, this could be the likely fix. You may also be having issues with your fuses or wiring.

If the camera is flashing black and white static, then it is possibly due to a faulty connection that would need to be reconnected and repaired.

If the screen is totally blank or black, then you may be dealing with a problem with your camera display and not the camera itself.

Regardless of what the camera display shows or doesn’t show, you should check out each of these causes to get the problem solved.

Jeep Wrangler Backup Camera Not Working: How to Fix

Here are some fixes you could try on your own.

Drain the Battery and Do a Reset

Sometimes Jeep wireless firmware updates could cause errors that would affect the performance of the backup camera. One of the easiest ways to fix this is to do a flash reset which would require draining the battery. This fix should also help if the camera display shows no signal.

To do this, you need to

This should solve the problem if it is a simple issue. However, if this doesn’t work, then you might have to make more complex fixes.

Check the Connections and Circuits

The next step is to check the connections and circuits linked to the camera and the display. In some cases, the problem could be a simple as a burned-out fuse which can be determined by taking a look into the fuse box. If that’s not the problem, then you need to check for ineffective circuits.

Another place to check is the radio area. You should be looking for a bad camera ground circuit, faulty run relay circuit, non-functional camera return circuit, bad camera signal circuit, or short circuits.

Once you’ve done a sweep of every circuit, you should be able to pinpoint the problem and have it solved.

As for the short circuit, this refers to a situation when an electrical current travels along an unintended path which could create a lot of problems for your vehicle’s electrical system. Luckily, this is not very common so you might not have to worry about putting in the extra work to learn about short circuits and how to diagnose them.

In most cases, the problem is due to a blown or bad fuse. You would have to pop open the fuse box of your jeep to check this out. You may find one or two fuses depending on your model. If you notice that they are bad or blown, then they should be replaced and that could help to fix the problem.

Installing a new fuse won’t require you to drive your car to the mechanic. Hopefully, the problem should go away with the new fuse installed. If it doesn’t, then you might be dealing with a short circuit which means you would have to take the vehicle to your mechanic

Backup cameras are built to be durable as they are exposed to harsh conditions. However, this doesn’t mean they won’t get damaged with continuous use.

Check for signs of condensation or moisture in the camera. If you notice, you can try to repair it or probably get a new one.

Sometimes testing a different camera is the best way to know if the fault is from your camera rather than the wiring or camera display itself.

Sometimes, your camera display could be the problem. This is most likely if it shows blank, black, or refuses to come on. The cause of this could be an improper connection or that the monitor is damaged.

To solve this, you should check the wiring and check the installation. If you installed it yourself, this could most likely be the problem even if it has been working before.

Fixing your backup camera shouldn’t take much time in most cases. If you’re good with cars or you know how to fix wiring and fuses, then you should be able to handle most issues with your Jeep Wrangler backup camera with ease. 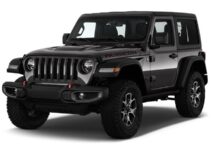 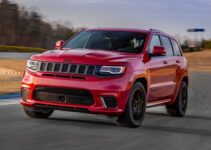 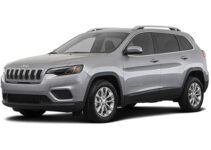 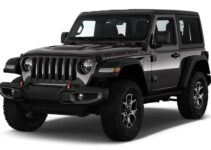 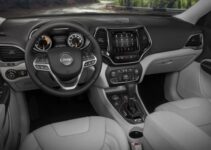